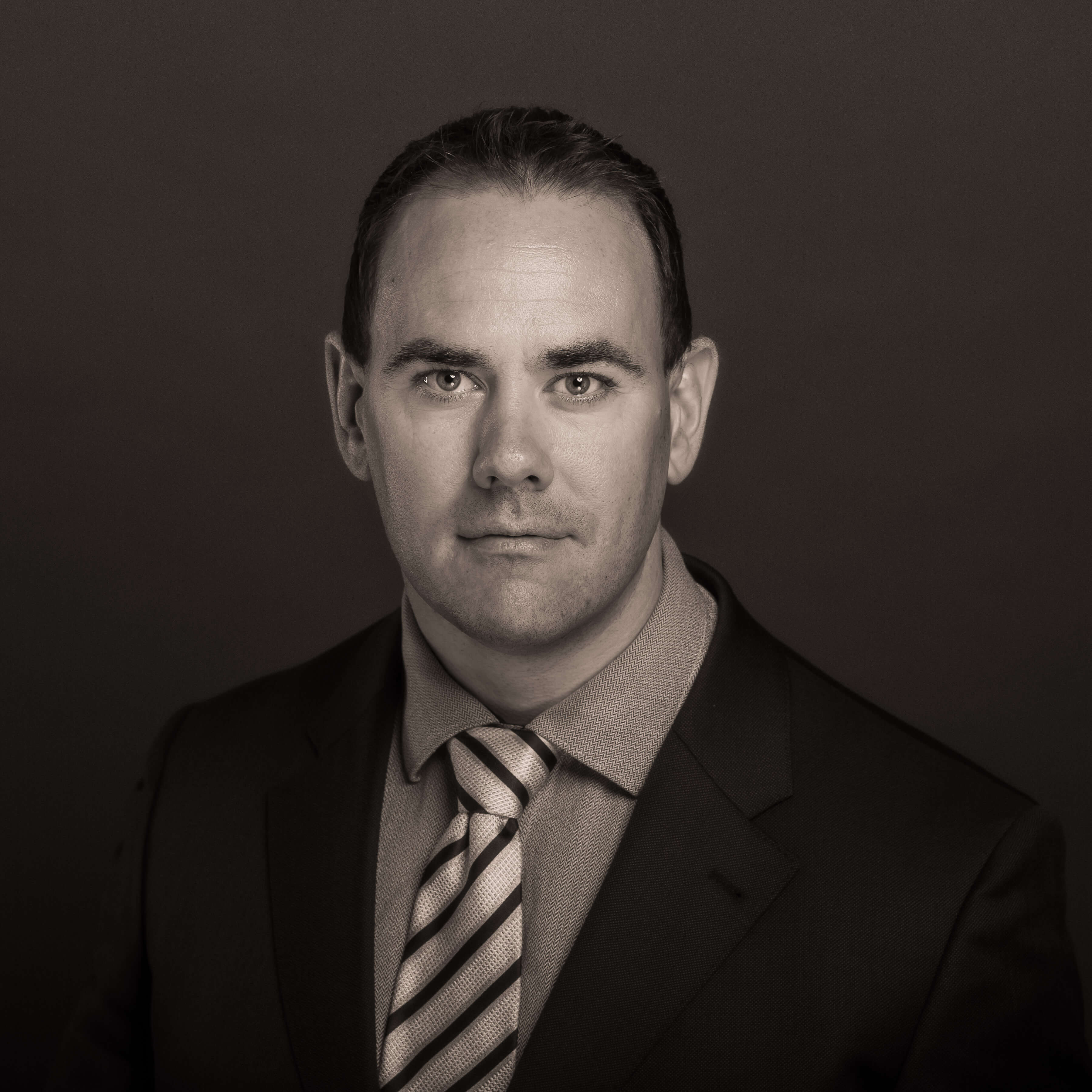 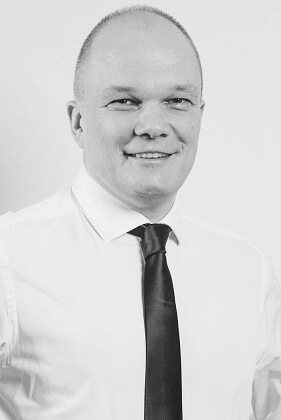 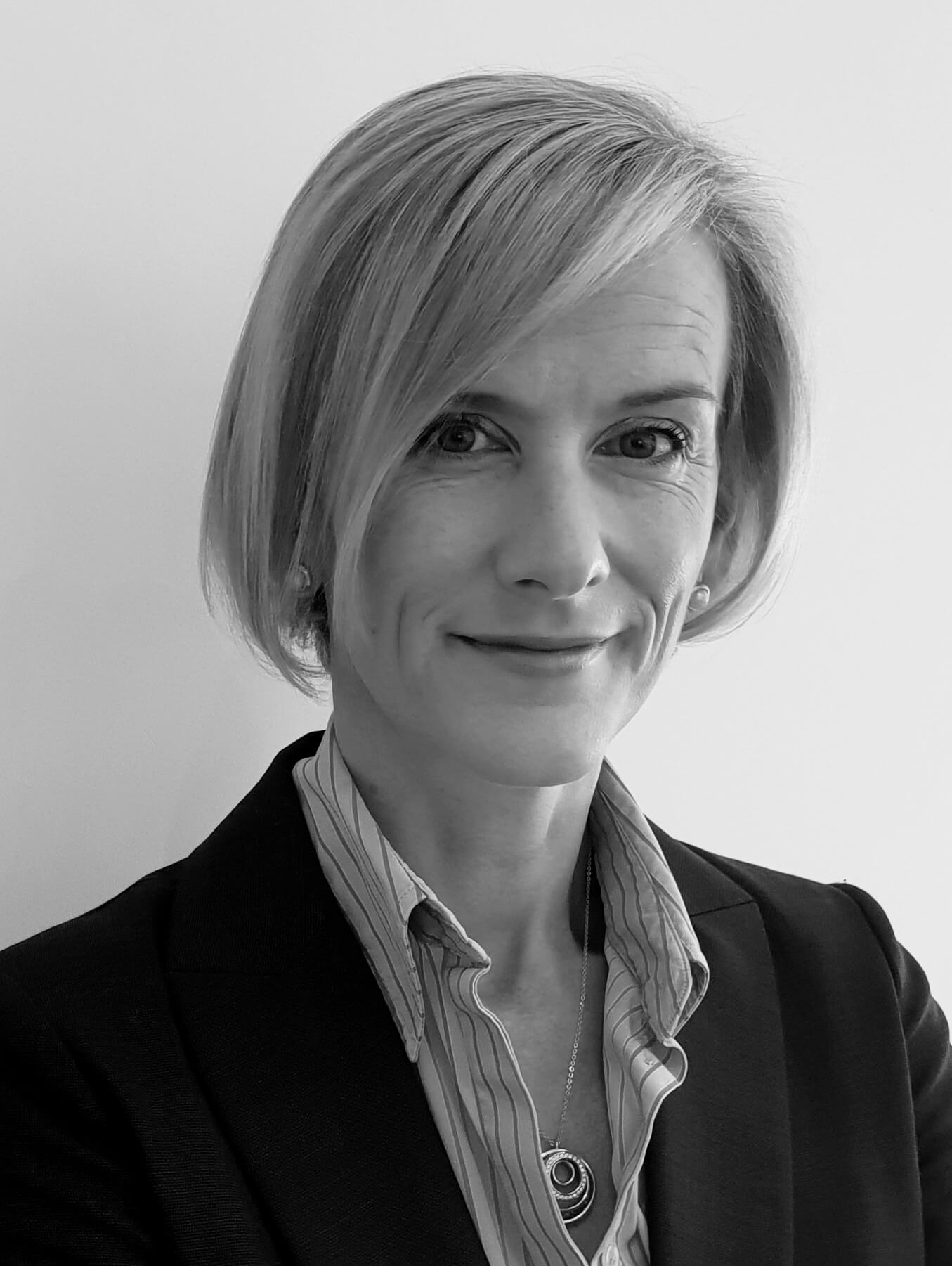 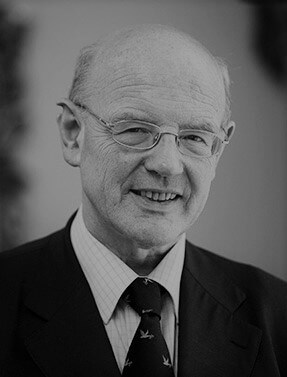 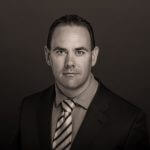 Andrew is a founder and CEO of EnvEcon Decision Support. He designs, directs and delivers high-calibre interdisciplinary research, analysis and decision support spanning every sector of the economy, covering multiple thematic areas, and ranging across national, European and global regions. Andrew’s expert advice and analysis has been sought by blue-chip private and public organisations such as Morgan Stanley, Schroders, Siemens, Sida, and many government departments and agencies. He has served on numerous national and international expert groups and as a core member of the technical research and modelling group of the Irish government. Andrew is also a Senior Research Fellow at University College Dublin where his expertise contributes to teaching and doctoral supervision.

At international level, Andrew has been a long-standing member of the United Nations ECE Task Force on Integrated Assessment Modelling dealing with complex evaluations that guide the formation of international environmental ambition and policy. Andrew is also a senior consultant to the World Bank, where he focuses on developing countries, in particular Africa, and offers expertise in capacity development, policy analysis, program evaluation and investment appraisal.

Andrew has led and engaged in many diverse strategy, policy, modelling and evaluation assignments over the past 20 years. To each task he brings an exemplary methodological toolkit, a broad integrated perspective, and a rigorous and detailed style of project management. His broad expertise and management experience is evidenced by an extensive track record of successfully completed projects of scale, as well as numerous published journal articles, conference papers and national and international reports. Andrew holds honours degrees in Economics and English, as well as an M.Sc. (2000) and Ph.D. (2003) in the fields of economics and environmental policy. 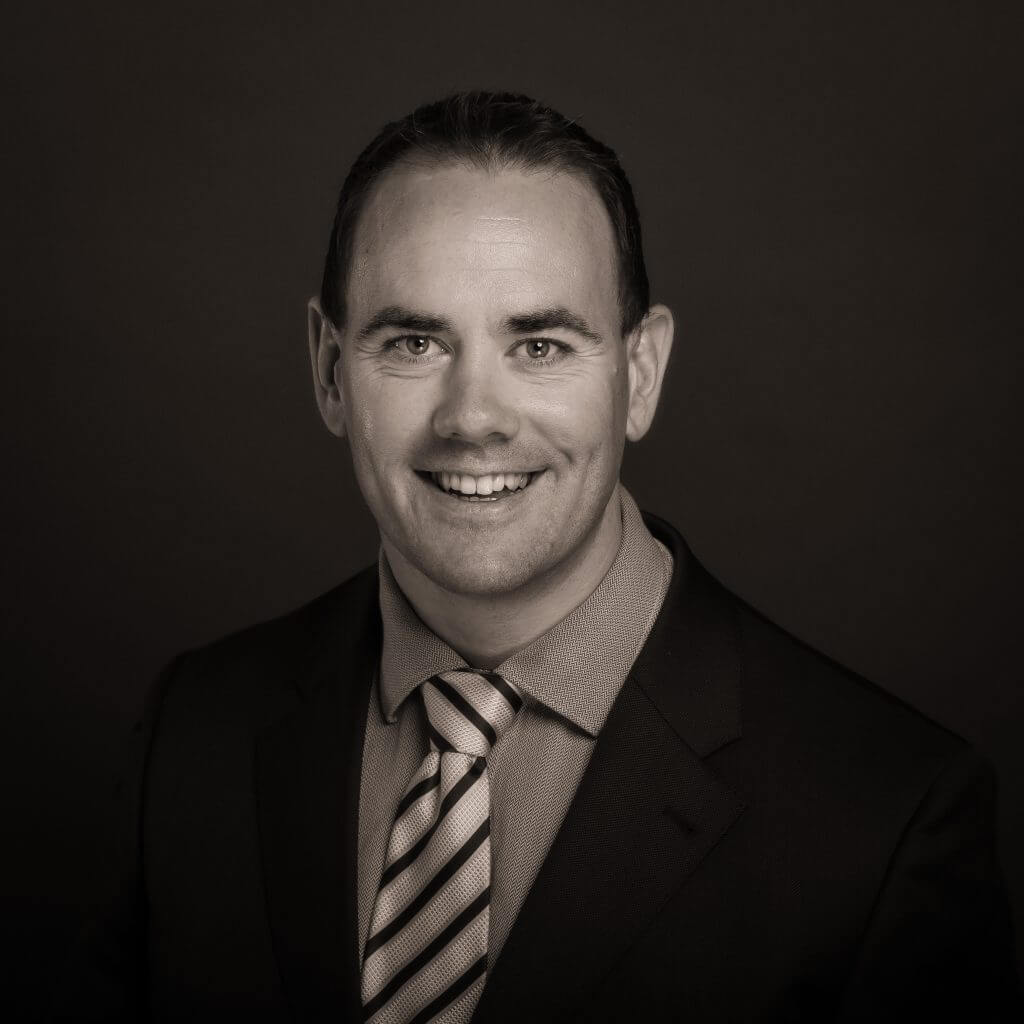 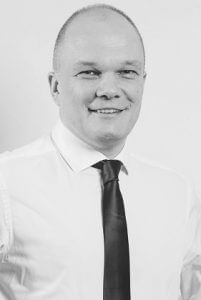 Peter is a founding Director of EnvEcon Ltd. He is a trusted senior adviser on strategy and economic policy to national and international governments, agencies and blue-chip organisations. Peter has been appointed to positions of responsibility by four governments of different political persuasions including serving as Chief Policy Adviser to the Irish Prime Minister. He is currently Chair of the National Competitiveness Council of Ireland (Ireland’s National Productivity Board) in which capacity he serves as a Senior Adviser to Government and at European level on competitiveness, trade and economic policy and is regularly consulted on a broad range of policy domains. Peter has extensive experience in high-level negotiations including participating in Irish government meetings with the global CEOs/Presidents of, inter alia, Intel, Coca Cola, IBM, BNY Mellon, Bank of America, Goldman Sachs, HP, and Pfizer. In addition to serving Cabinet Committees on Economic Renewal, Climate Change and Energy Security, and Science, Technology and Innovation, he was a member of Irish Government delegations to the European Council, the UN General Assembly, Davos World Economic Forum, Asia-Europe Meetings, a series of overseas trade missions, as well as the Prime Ministerial delegations to meet Heads of States, including US President Obama and Chinese Premier Wen Jiabao.

Peter is currently Jean Monnet Full Professor and Chair of Public Policy at University College Dublin and an affiliate Faculty Member of the competitiveness unit at Harvard Business School. He previously served as Vice-President of University College Dublin – Ireland’s largest University – where he had special responsibility for innovation, enterprise development and corporate partnerships. In addition to being Chair of the National Competitiveness Council, Peter is also a Member of the National Advisory Council on Climate Change which has been set up to advise government on the means by which the Irish economy can be significantly decarbonised by 2050.

Peter holds BA, MA and PhD degrees in economics, a Diploma in Environmental Impact Assessment and is a graduate of the Advanced Management Programme at Harvard Business School. He is an applied economist and author of over 100 publications including books, book chapters, international journal articles and conference proceedings and approximately 100 conference papers and other publications. He has held Visiting Positions or has been an invited speaker at, inter alia, the European Commission, Said Business School at Oxford University, Cambridge University, Harvard Business School, the University of California, Berkeley and San Diego, the University of Southern California, and the John F. Kennedy School of Government at Harvard University. In 2014, Peter was made a Lifetime Honorary Member of the Royal Town Planning Institute and, in 2017, was conferred with a Fellowship of the Academy of Social Sciences for distinguished contributions to social science research.

Professor Denny Ellerman is internationally recognised as an expert on energy and environmental economics. His research has held a particular focus on climate policy, emissions trading, and the associated interactions with energy markets. He has also recently served as Director of the climate policy research unit at the European University Institute’s Robert Schuman Centre for Advanced Studies. He is a former Senior Lecturer at MIT’s Sloan School of Management, where he served for many years as the executive director of the Joint Program on the Science and Policy of Global Change, and the Center for Energy and Environmental Policy Research. He is a co-author of the leading books on the US SO2 and the EU CO2 Allowance Trading Programs, Markets for Clean Air: The US Acid Rain Program and Pricing Carbon: The European Emissions Trading Scheme. Prior to his time at MIT, Denny spent 18 years in Washington, D.C., working for the US Government (primarily the Department of Energy and its predecessors), the National Coal Association, and Charles River Associates, an economic consulting firm. In 1990, he was President of the International Association for Energy Economics. 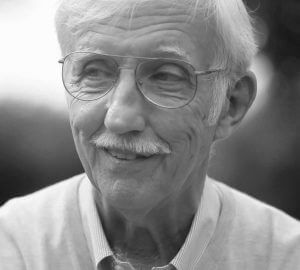 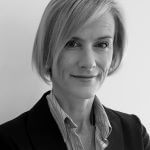 Lisa Gallagher is a highly qualified legal and financial professional. She holds a first-class honours degree in Law, a professional tax qualification from the Associate of Institute of Taxation of Ireland, and numerous diplomas, certificates and professional qualifications relating to areas including financial advice, commercial law, employment law, pensions and corporate transactions.

With 20 years’ professional experience Lisa offers extremely valuable support to the board in regard to a number of critical areas of the business management. As a non-executive Director Lisa also delivers a valuable perspective from outside of the core team in regard to strategic development, service innovation and the long-term growth and development of EnvEcon Decision Support. 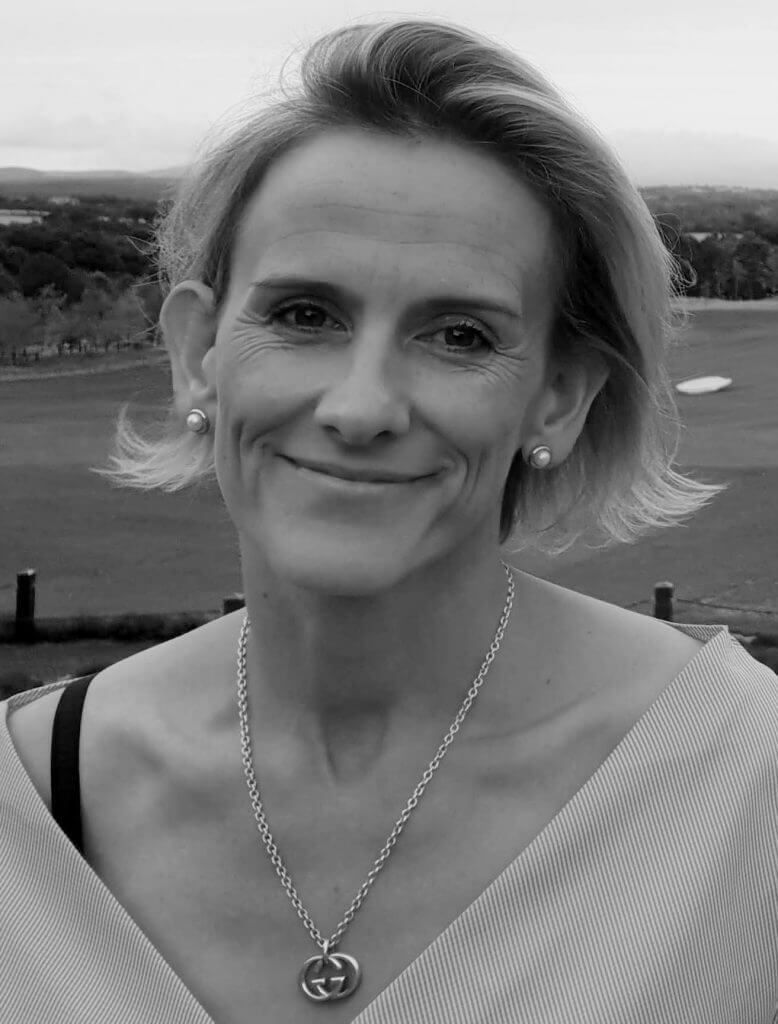 Frank Convery has been active on a number of EU wide investigations and bodies, including membership of the Science Committee of the European Environment Agency and advisor the European Commission. His work includes a period as Visiting Professor at the World Bank as well as missions to a number of developing countries. He has written extensively on resource and environmental economics issues.